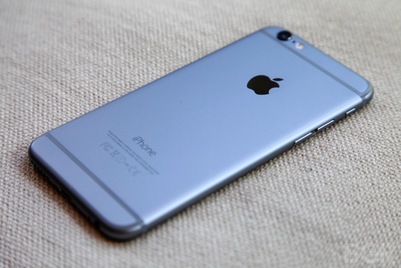 Ah, August. It's the smell of the shore air, kids complaining that school starts soon, seagulls annoying the heck out of you while they try to get a hold of one of your French Fries,  and the thought that new iPhone season is almost here. That's just the beginning of why you really shouldn't get an iPhone now...

See, right now, if you wanna get an iPhone 6, it's gonna cost you $199 with a 2-yr contract, which isn't that bad considering people don't mind paying for that. But next month, if history is of any indication, Apple will announce and release it's brand-new supposedly-named iPhone 6S and 6S Plus.

Another good reason for not getting an iPhone at this time (and this is probably one of the BEST reasons) is that, as stated above, the iPhone 6 is most likely going to drop from $199 to only $99 w/ a 2-yr contract. And then, if you wanted a 5S, that iPhone will most likely become Apple's free option.

So, as you can see, all you have to do is just wait another month to upgrade from that piece-of-junk you've got up to your ear.

And it's not like the iPhone 6 isn't gonna work after the 6S comes out. It's gonna be exactly as powerful and fantastic as you thought it was before the price drop. It's always better to wait until September to get a new iPhone if you wanna upgrade in August. Apple has been doing the same thing for many years now, so don't expect Apple to just hold the price on the 6 and 6 Plus.

And if you're willing to purchase an iPhone 6 at $199 then that's even better....... but still wait until September.

If you can afford an iPhone 6 at $199 then you'll be able to afford the iPhone 6S (a much better model, mind you) when it's released next month. This way, you'll be up-to-date and not have to worry about your phone breaking. And after all, it's not like you'll have to wait until the very end of September to grab your new piece of technology; Apple tends to release their iPhones pretty early in the month, with the Keynote being in the 1st or 2nd week of September then the release date being the week following the Keynote.

So this is just a warning and a darn good piece of advice. Unless you wanna get stuck paying for an iPhone that came out a year ago at $199 then your better off waiting until September so you can get it either cheaper or get the new iPhone at the same price the 6 is now.