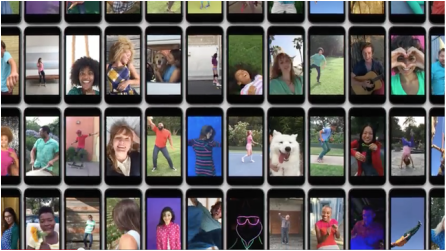 On Sunday, Apple released it's 3rd newest iPhone 6 ad on their YouTube channel, which s part of their newest ad campaign "If it's not an iPhone, it's not an iPhone." The ad, entitled "Amazing Apps" showcases the iPhone's wide variety of applications on the App Store. During the new TV spot, Apple states that the iPhone “comes with something amazing: an App Store with over one and a half million of the best apps available. That’s over one and a half million hand-picked, awe-inspiring, just-plain-surprising, who-knew-a-phone-could-do-that apps.”

It seems as though Apple is trying to crush the Play Store, the Android app market that also currently holds over one and a half million applications to download to your Android device. But will these ads make an impact on the iPhone 6 and 6 Plus like Jimmy Fallon and Justin Timberlake did with the California company's first iPhone 6 ads?

Well, maybe, if they're lucky.

They haven't done an ad in this style in a very long time, so we'll see how consumers react to these ads as soon as they begin to air on TV.

You can view each of the 3 new iPhone ads below, each entitled "Hardware & Software", "Loved", and "Amazing Apps" respectively.