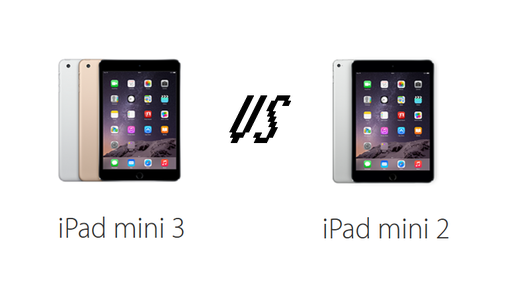 The iPad mini 4 is rumored to have a major visual overhaul, including the thinness of the iPad Air 2, a better processor (possibly the same A8X found in the Air 2), the same M8 processor in the Air 2, and much more which will resemble the Air 2.

And, if Apple does this, this tablet will please a lot of people, especially considering last year's iPad mini upgrade wasn't that great, with updates only made to color options and Home button (it now includes Touch ID) while still including the body of the iPad mini 2.

A lot of people don't like the mini 3 caused to the small upgrade it got by Apple, but a lot of people really like it caused by the fact that it comes in Gold and it includes Touch ID. But which one do you prefer? Well, this *Throwdown Thursday*, it's a battle between the iPad mini 2 and the iPad mini 3. Let us know which one you prefer by voting on the Poll below.
Here's a spec count between the 2 tablets in this week's battle