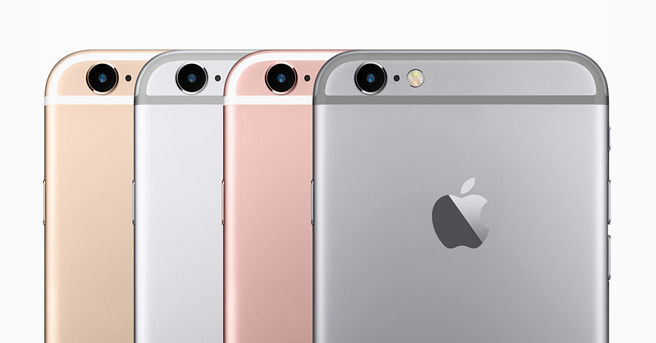 Just last Friday, Apple officially released the iPhone 6S and 6S Plus. These smartphones were the follow ups to last year's iPhone 6 and 6 Plus. This year, the major feature in the new iPhone is 3D Touch, a variant of Force Touch (found on the 2015 MacBook and Apple Watch) where you can either "Peek" or "Pop" content on your iPhone plus use handy shortcuts throughout the UI.

But let's take a second here and reflect on the past. With the iPhone 5S, Apple introduced Touch ID to the world, changing the way we'll think about mobile security forever. With the iPhone 4S, we saw the birth of Siri, the voice assistant found on each iPhone since the release that can take notes for you, give you directions, remind you to do important tasks, control the lights in your home, and more, along with the new 8MP camera system found on each iPhone leading up to the 6S and 6S Plus which include 12MP sensors. And with the iPhone 3GS, we saw the launch of "Voice Control" on the iPhone, paving the way for Apple to create Siri in the first place. Alongside that, an improved camera was also introduced along with much improved performance (or speed as Apple's Phil Schillar stated while revealing what the "S" stood for in the name during the announcement of the device).
​ 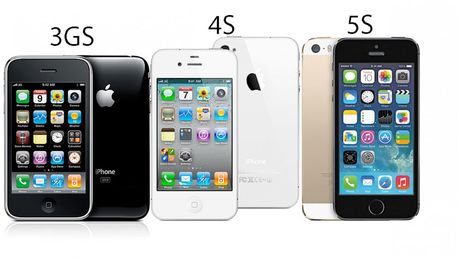 From what we've stated so far, it looks like the major upgrades to the iPhone have made their debut on each of the "S" models. And that's true.

​If you look at the history of the iPhone, you'll see that when Apple released new generations of their iPhones (e.g. iPhone 4, 5, 6) there was mainly just a design overhaul. With the iPhone 4, we saw an all-glass design with a metal frame over the plastic look of the iPhone 3G and 3GS. In the iPhone 5, Apple introduced an ultra-light aluminum-based body with a glass finish on the top and bottom, and the first 4 inch screen on an iPhone ever over the older 3.5 inch size. Of course we saw the first Lightning Port as well, but that's out of the question. And with the iPhone 6 and 6 Plus, other than the two plastic antenna bands, the entire back of the phone was made entirely out of aluminum, with the front being a plate of glass that met seamlessly with the aluminum body for smoother sides and overall pleasure when swiping through pages form left to right in iOS. Also in the 6 and 6 Plus were the first 4.7 and 5.5 inch Retina displays ever on an iPhone, making the 4 inch displays found on the iPhone 5, 5C, and 5S look very small and the 3.5 inch displays found on each iPhone before the 5 look like nothing. 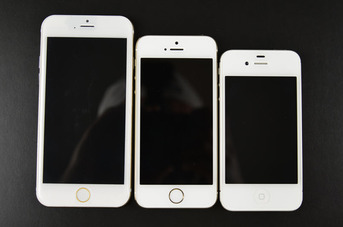 To tell you the truth, all the major iPhone generations just contain a design overhaul over the previous model. It doesn't entirely change the way we use our iPhones. It just looks prettier.

That job belongs to the "S" models. As stated above, all the ground-breaking features in the iPhone started in the "S" models, like Siri, Touch ID, 3D Touch, etc. So the question might come to mind: "Well then why do people go bonkers over the 6 and not the 6S?"

Well, there's no real answer. But it's most likely due to the design overhaul.

Apple sold more than 10 million iPhone 6 and 6 Pluses during it's opening weekend after everyone let everyone know how much they wanted the bigger screens. And that's part of the design. Gettin' my drift?

We still have yet to find out how many iPhone 6S's were sold over this weekend, but there's no doubt it will probably be lower than the iPhone 6's total when it debuted.

This is caused by people who are convinced that the "S" models only introduce faster speeds, different colors, maybe a new feature or two, and that's it. Nothing ground-breaking enough that you have to camp outside your local Apple Store to get your hands on it first. In my opinion, the "S" models are like the roots of the iPhone family tree. The major generation models just take advantage of the new features and build the design around them.

So in reality, more people should recognize what Apple really does with their "S"-dubbed iPhones, because those are the models that change the way you use your iPhone in the biggest way.

​Stay with MBEDDED for all the latest news in Apple by following us on Twitter, Google+, and by subscribing to our newsletter, located on our Home page.