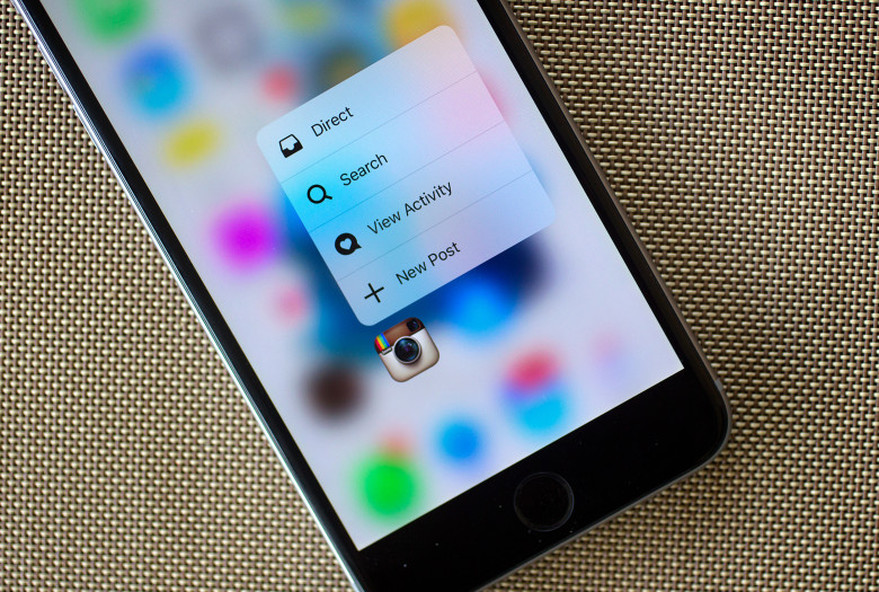 Ah, 3D Touch. The flagship feature of the new iPhone 6S and 6S Plus. It allows you to press for a while on your screen with a specific force to show shortcuts for your apps, "peek" at content, and "pop" content as well. One of the main ways people are using 3D Touch is to display the shortcuts assigned to their apps (as shown above). If you force touch on Instagram, you'll have easy access to a button which you can press to take a picture to post. If you force touch on Music, you can search for your favorite track or immediately start listening to Beats 1. If you force touch on Mail, you can send an email with the tap of a button. All of these things are really convenient and a pleasure to use. And the way Apple markets them, you'd think they are native to force touch-enabled devices. Well, you're not exactly right.
​ 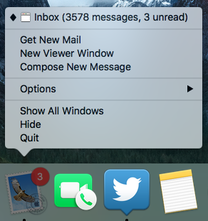 For years now, if you left click and hold on an icon (or if you simply right click on an icon) in your dock on OS X, you'll notice a menu pop up with useful shortcuts. If you compare the picture above and the picture to the left, you'll notice a striking resemblance between the two. And that leads to a specific thought: is Apple taking features from their computers and putting them on their mobile devices?

Well, it's very possible they are. Macs haven't sold that well this quarter, with the computer line bringing in a small portion of the profit Apple made these past 3 months. And it would make sense for Apple to bring some of the best features the Mac has to users across the globe. 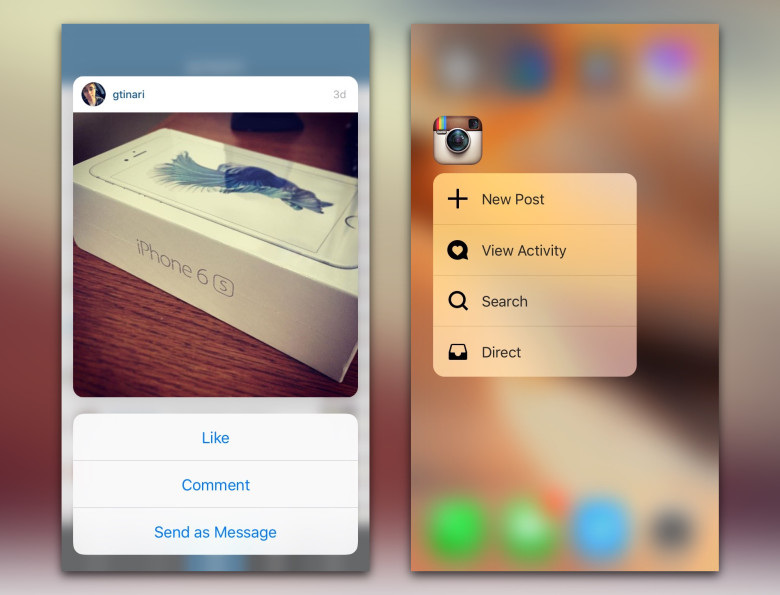 Think about it: say your Apple, and you have so many great features available on your computers, and one in particular are these shortcuts. And you love them, and don't want to get rid of them, but at the same time they aren't being used all that much. And you just invented a force sensing technology you've placed in some of your products available on the market to date, with a main purpose of bringing hidden menus and shortcuts to users on all their devices. So what do you do? Well, if you're Apple, you take some features here and place them over there, and voila! You've got yourself a hot product you'll sell out of on day one.

Of course, I could be wrong. And I probably am. I don't know what floats around in Apple's head, obviously. I'm just saying 3D Touch on iPhone is very similar to a right click on an icon in the OS X dock.