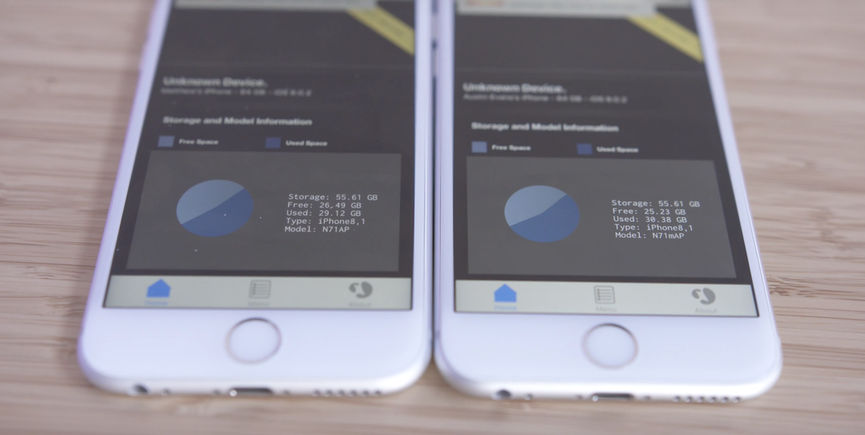 It seems that the iPhone 6 generation is prone to controversies...

According to various reports and user's comments, some iPhone 6S and 6S Plus models ship with a TSMC made A9 chip, while some other models ship with a Samsung made chip. And this is true. Back in August, 9to5Mac reported that "Taiwan’s top court has ruled that former TSMC R&D director Liang Mong-song revealed to Samsung trade secrets that enabled it to copy the chipmaker’s FinFET manufacturing processes. The processes are used by both companies to produce the A9 chips used in the upcoming new iPhones. It was recently suggested that Apple was playing off the two companies against each other, with Samsung reportedly offering discounted prices in order to 'grab the majority of A9 chip orders.' " 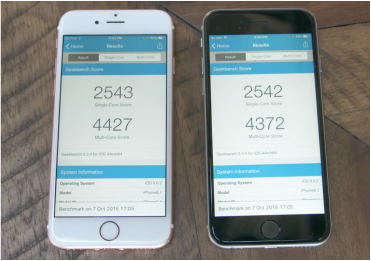 And now we welcome to the stage, "Chipgate".

As you probably would imagine, Apple has made sure that each chip performs the same. But they don't. You'd also think that the company made each chip the same size. But they aren't.

The Samsung chip is 10% smaller than the TSMC chip due to the one Sammy built being a 14nm process and the TSMC chip being a 16nm process. But with all that nerd stuff aside, what it basically comes down to is the fact that all iPhone 6S models aren't created equal (obviously).

So how does it affect the consumer? Well, famous YouTubers Jonathan Morrison and Austin Evans each made videos about the latest controversy and published them on their channels. Their results are very similar, while, at the same time, each taking different approaches at testing the devices.

You can take a look at each of the videos below.

As you can see from the videos, the TSMC chip performs better and doesn't hit your battery as hard as the Samsung chip does.

We are aware of some serious issues or our Apps with the latest iOS models (iPhone 6S and iPad Air 2). Changes on the requirements for a new update to be approved are also delaying the development process (and our team is very small).

In face of such events, in 24 hours, we will take Lirum Device Info down from the App Store - until we can release a decent update. That will take a few months however - but then we promise an entire new user interface, faster updates when a new device model is released, and a lot of new features.

Until then, the app will continue to work on models equal or prior to the iPhone 6 and 6 Plus.

They said in an email to Cult of Mac that “As the App was an old version, some crashes were reported, and the lack of detailed specs for the newer devices made us take the app down to avoid negative reviews, but due to popular demand, we put it back online. An update is still on the way.”