Source: Geekbench.com, TechnoBuffalo.com
We've still got time before the expected launch of the iPhone 6S, and rumors have been flying in every direction about the new device. But the thing is, there hasn't really been any rumors about the handset's internals...until now. 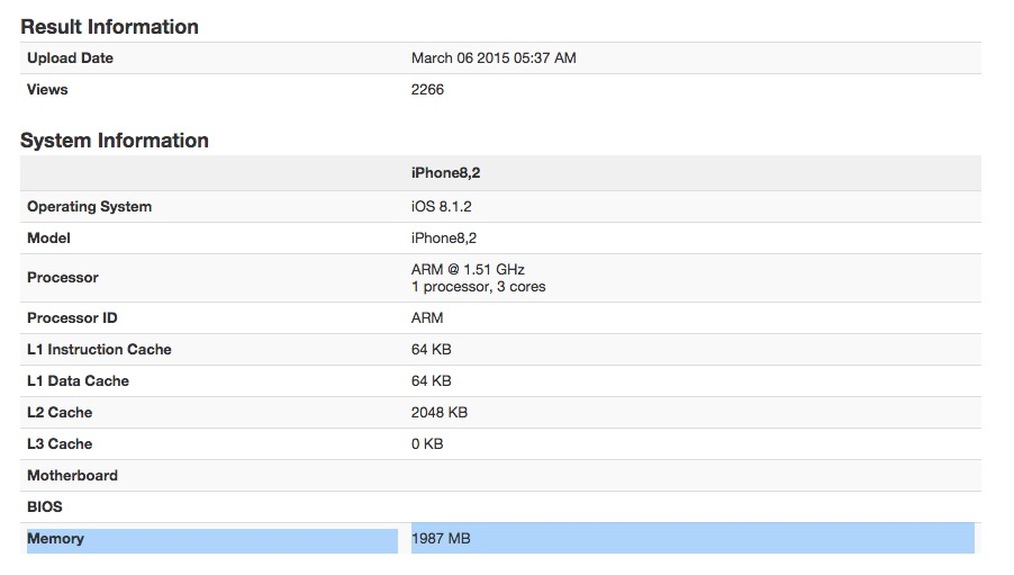 Source: Geekbench.com, TechnoBuffalo.com
In a Geekbench test conducted of the iPhone8,2 (the iPhone 6S codename) first noticed by Dutch site TechTastic, it reveals that the new device will include at least 2 GB of RAM. That's a major step forward compared to last year's iPhone 6 that only included 1 GB of RAM. Of course the image above says that the device will have 1987 MB, but we can assume that Apple will just round up.

We're also able to get a sneak peek at the specs of the new A9 processor in this Geekbench test leak. The test says that the new processor will have 3 cores, compared to last year's A8 that only had 2. It also says that the A9 will also clock in at 1.51 Ghz, just over the count of the A8X found in the iPad Air 2.

Of course these benchmarks could be as fake as granny's teeth, at least according to MacRumors, who tweeted that the Geekbench test is likely fake and that it's probably just a hacked iPad Air 2 test, so we suggest you take this news with a grain of salt.

Based on previous leaks, the iPhone 6S and 6S Plus will feature a sturdier design, a Force Touch display, and a 12 MP camera. Here at MBEDDED, our prediction of Apple's next event's date is Sept. 8 considering all rumors and leaks point to the week of Sept. 7 which is a Monday and Apple is known for holding their events on Tuesday. Of course a lot of people still think Sept. 9 is right, but the 8th is just more likely. So either way, expect the new iPhones, and possibly new iPads and a refreshed Apple TV, to be announced the week of Sept. 7, however we're still waiting for an official date... 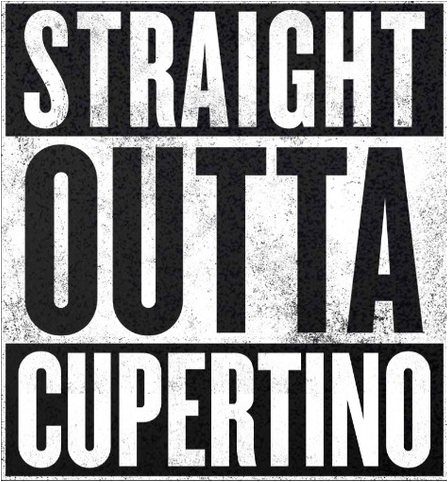 Stay with MBEDDED for all the latest news about the iPhone 6S by following us on Twitter, Google+, and by subscribing to our newsletter, located on our Home page.