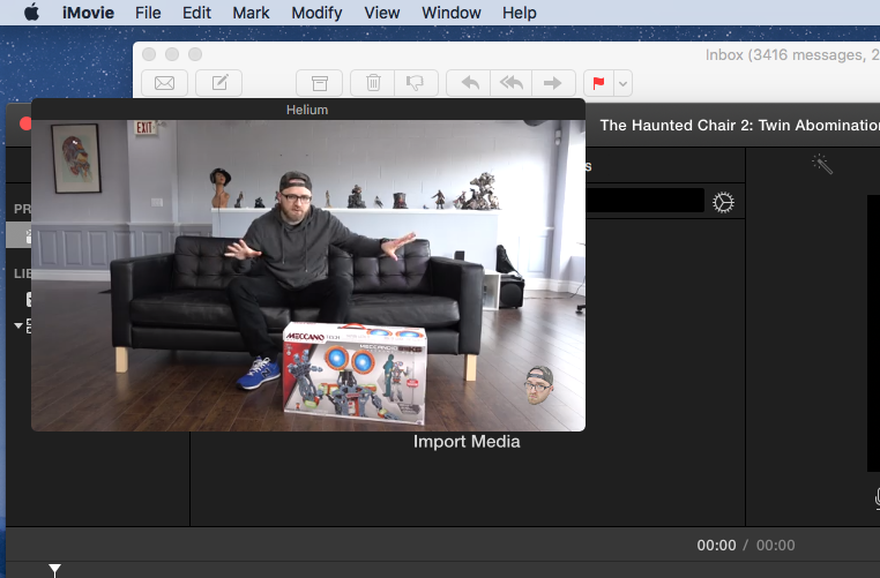 In iOS 9, Apple introduced a new feature exclusive to the iPad that will allow you to view videos from lots of different sources in a floating player. The player follows you everywhere you go, and you can move to to wherever you need it to go.

Users have complained that they want this feature in OS X, and Apple didn't deliver in 10.11. Instead, it remains as one of those sacred features found only in iOS. However, someone has come out with a solution for those suffering from PiP withdraw.

It's an app made by JadenGeller called Helium, which is a pretty clever name since it floats everywhere. All you do is download the app, install it, open it up, then position it wherever you want on your desktop. From there, you can watch videos through any online website – YouTube, Netflix, Hulu, Plex, Amazon, you name it – or even open local video files through the app.

Here's a demonstration video made by OS X Daily.
It even has some cool advanced tricks: for example, you can make your video transparent if you don’t want it totally obscuring any portion of your screen. And the best part is, it works in anything. Even if you’re playing a video game, the video will stay on top, a true picture in picture mode for your Mac, without any windows juggling.
​
Let’s hope the next version of OS X builds picture in picture mode right into the operating system. In the meantime, download Helium for free here.
Widget is loading comments...