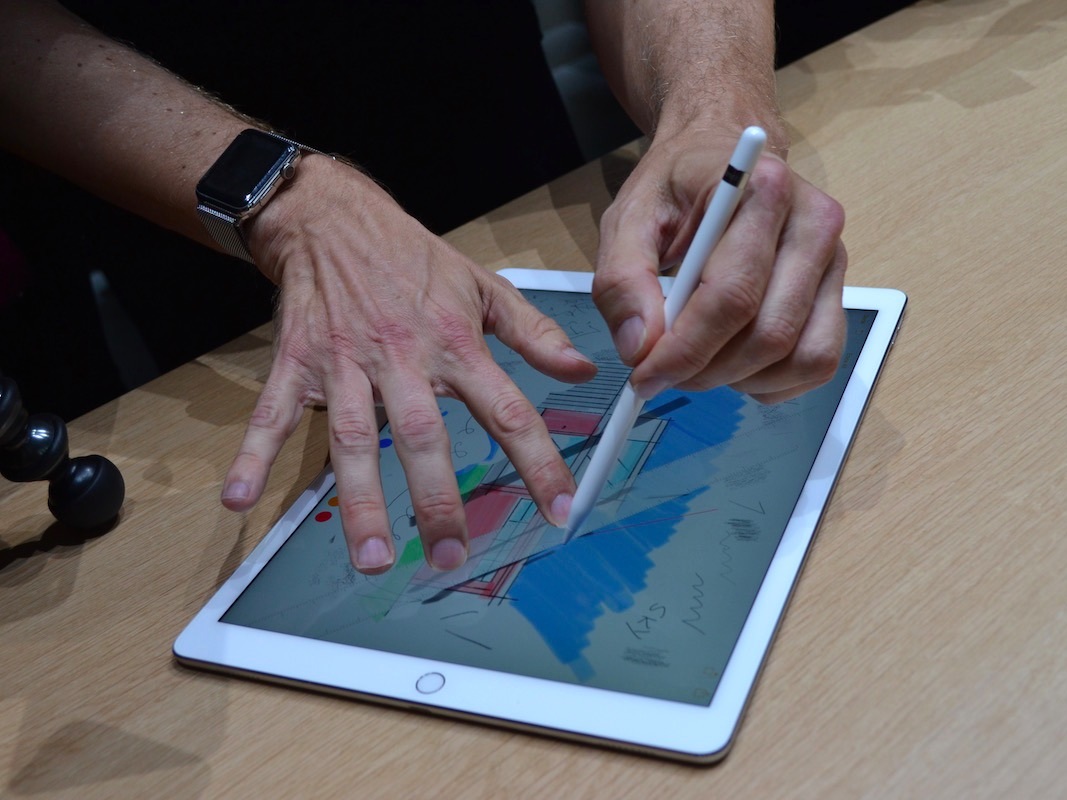 Apple has just released the new iPad Pro, with a 12.9 inch screen with a resolution higher than the 15 inch Retina MacBook Pro, the A9X processor, 4GB of RAM, and the latest version of iOS, iOS 9. The size and functionality demoed at Apple's September event has convinced plenty of people that this oversized tablet could be enough to replace your current MacBook or laptop in general, with the A9X processor outperforming the current baseline 2015 MacBook model, a keyboard case being available for the tablet, alongside a stylus (Oops! I meant Pencil!) being also available as an exclusive to the iPad Pro.

But, the fact is, at least according to the public so far, it really can't. People are reporting that the tablet is awkward to hold for long periods of time due to it's size, the keyboard and Pencil (see, I corrected myself) not being available on day one when the iPad Pro went on sale, causing quite a stir in the tech community, and the fact that it costs more than a MacBook Air if you want more than 32GB of storage, which, if you're buying this tablet, you'll want.
​ 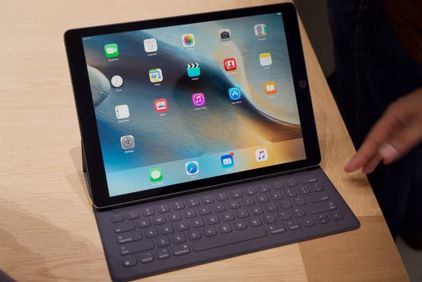 ​Reviews have made their way to the internet about this new iPad within the past week from sites such as CNET, The Verge, and TechCrunch, alongside popular YouTubers such as MKBHD, TLDToday, and TechSmartt.

You can read snippets of some written reviews below alongside the full video reviews/impressions of the iPad made by some of the YouTubers mentioned.
CNET - Scott Stein
​
"I want the iPad to eat the Mac, the way the iPhone ate the iPod. This iPad has already crept up to become as large as a Mac. But iOS needs to fully change with it. I need to connect to my old files and Web tools better, because that's what I need as a pro. I want it to become as flexible as a computer should be. The iPad needs to bridge the gap.

"The iPad Pro feels like the top half of a new futuristic superpowered laptop. I want the bottom half, too."
​
​TechCrunch - Matthew Panzarino
​
"…iPad Pro absolutely, 100% could be the central computing device for a home. […] But there is a certain (sorry) norm-core computing demographic that could very well end up with an iPad Pro as the ’enhanced’ component to their smartphone, which is their real computer. Somewhere on the same level as other use-case-based devices like wearables and an interconnected home."
​
​The Verge - Lauren Goode
​
"But even this split-screen mode isn’t enough for lots of the 'laptop' things I need to do on a daily basis. This is still a mobile OS we’re talking about. It’s nice that it’s at least familiar feeling, unlike the foreign hybrid OS that Microsoft introduced with the first Surfaces. But I can’t manipulate more than two app windows at a time on the iPad Pro. I can’t control things with a trackpad. I can’t run Final Cut Pro on the iPad Pro. Entering data into cells in the Google Sheets app on the iPad Pro is still onerous. There’s no way to hand over the iPad to someone else and let them quickly log in as a "guest" user."
​
The Wall Street Journal - Joanna Stern

"The Pro may seem wedged between iPads and MacBooks, but it will be your main computer in the future. As our phablets push smaller tablets into retirement, the big tablet and its accessories will do the same for our traditional computers. For now, however, it may be easiest to step back and see the Pro as a… really good, really big iPad."
​
​Ars Technica - Andrew Cunningham
​
"It's best to think of the iPad Pro as a starting point, especially for iOS 9. These multitasking features are still brand-new, and there’s a lot of low-hanging fruit to pick in future iOS 9 revisions and into iOS 10. My biggest gripes with the iPad Pro are with the software rather than the hardware, and that means that most of them can be fixed given enough time and enough feature requests. It took Microsoft three tries to really nail down the Surface Pro concept, and given a couple of iOS updates the iPad Pro has room to grow into a more versatile laptop replacement without necessarily giving up the things that people like about iOS.

"For the rest of us, there's still the Mac."
​
As you can see, just by reading these reviews and watching the videos, it seems that everyone basically has the same thoughts: this iPad is huge, fast, and expensive, while not a full laptop replacement.

What do you think of the new iPad Pro? Vote below for your opinion! The results will be posted on our Twitter page later today!

Stay with MBEDDED for all the latest news in Apple by following us on Twitter and Google+.