Apple is known for being innovative. For example, they introduced the Mac, iPhone, iPod, and iPad, which are all leaders in their respected categories. They also introduced the Apple Watch, but people don't think it's as innovative as every other product the company offers, so the public shuts it out as "the leader of the smartwatch game". But could Apple be entering another product category? I mean, what's left? They're already in the smartphone, MP3 player, tablet, laptop, smartwatch, desktop computer, multimedia streaming set top box, and music streaming service categories. How many more are there for tech companies? 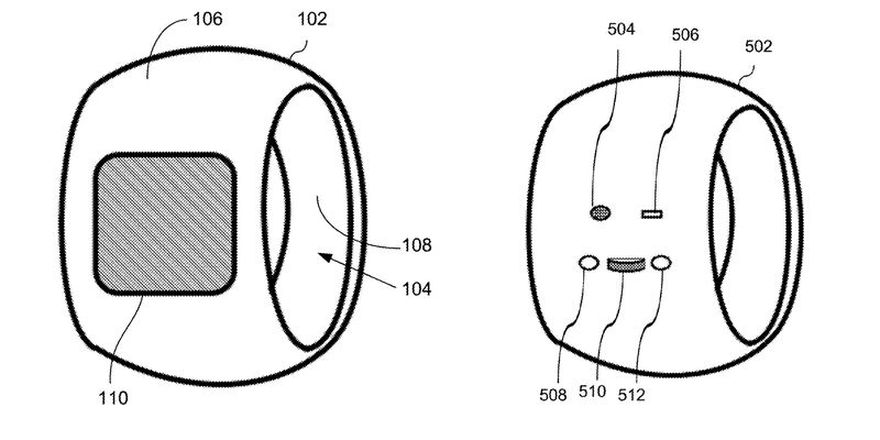 The Verge reports "Using current touchscreen devices, Apple writes, 'may be cumbersome, inconvenient, or inefficient for certain tasks and applications.' It suggests that a smart ring would fit in when a person is already doing something with their hands or when they've become fatigued from holding a larger device up for an extended period of time. 'The light emitted by a touchscreen may be inappropriate in certain social environments or even dangerous if it gives away the position of a threatened user,' the application adds. 'A need therefore exists for a more discreet, safer, more efficient, or more ergonomic way to interact with touch pads or touch screens.'

"The patent application basically says that smartphones fail in a lot of important moments that a small wearable device wouldn't. There are already a number of smart rings on the market, though they're largely third-party devices made for controlling phones and other electronics over Bluetooth. None appear to be quite as robust as the ring that Apple describes here."
Widget is loading comments...