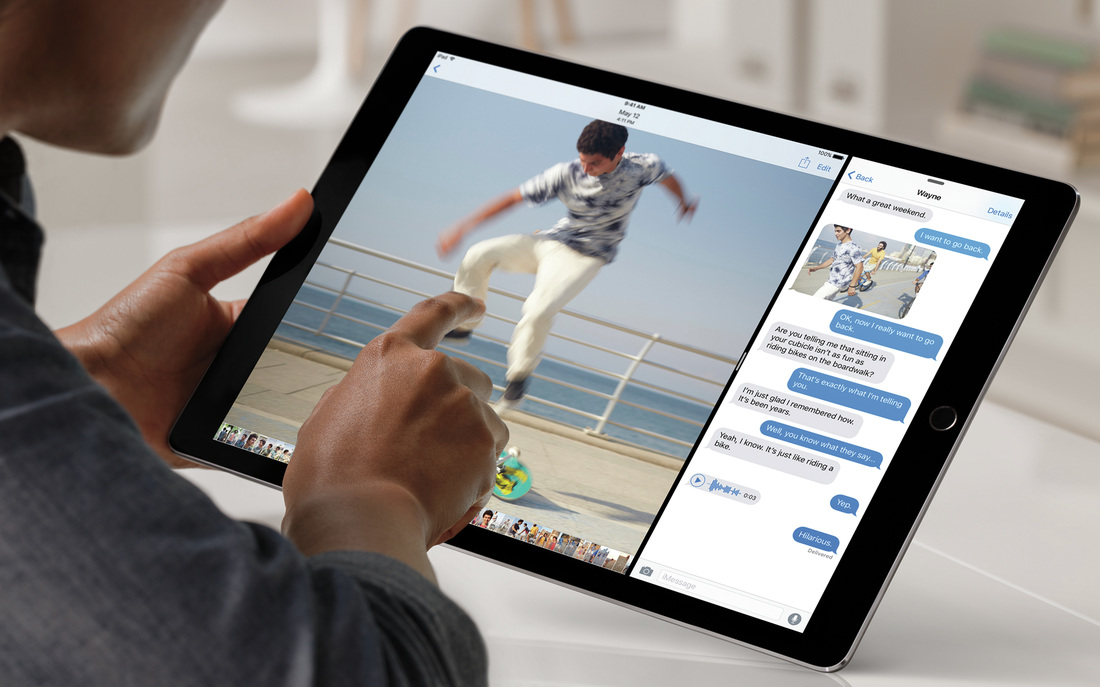 Apple has announced today in a press release that the new iPad Pro is scheduled to become available for preorder on Wednesday, November 11th, with the large tablet becoming available to all customers at Apple Stores, select carriers and Apple Authorized Resellers in the U.S. and over 40 countries starting later this week. Rumors have pointed to this date being the official launch date of the new iPad, while other reports have pointed toward Friday the 13th of being the first day you can buy Apple's gigantic tablet. However the tablet will become available for preorder on Wednesday, it does look like Apple will be taking advantage of the November 13th date for officially launching the iPad with this report stating that the tablet will become available later this week.
​
Mac Rumors has recently reported something pretty interesting about the status of the availability of the iPad Pro for preorder:
This is pretty interesting how other distributers of the iPad Pro have already begun accepting preorders. In my own opinion, it's because the holiday season is literally right around the corner, this will most likely be one of this season's hottest buys, no one's gonna buy the iPad Pro from Apple.com due to Apple never having good sale prices (ever), and, let's face it, these distributers know people are already shopping for Christmas, so why not get a jump on preorders? Think about it.

Apple's Phil Schiller has shared a statement about the iPad Pro on behalf of the company:

“The early response to iPad Pro from app developers and our customers has been incredible, and we’re excited to get iPad Pro into the hands of customers around the world this week,” said Philip Schiller, Apple’s senior vice president of Worldwide Marketing. “iPad Pro is the most powerful iPad we’ve ever made, giving users the ability to be even more creative and more productive with the epic 12.9-inch Retina display, powerful 64-bit A9X chip and groundbreaking Apple Pencil and new Smart Keyboard. We can’t wait to see what they do with iPad Pro.”

Pricing for the iPad Pro starts at $799 for the entry level 32GB WiFi-only model, which I don't recommend buying considering the main reason you're probably buying this iPad is for what you can do and store on it. The next step up will get you 128GB of storage, but still no LTE. However, you are getting quadruple the space. This model is available for $949, which is pretty steep, but it's worth it for the storage you get included with a giant touch screen. The final configuration available is a 128GB model with LTE band support, so you're getting pretty much the most productive iPad yet. But, of course, like all great Apple products, there's one giant catch: you've gotta fork over $1079 for this thing. I know what you're thinking, "O my god! I could buy a MacBook for less than that!", and you'd be right. As a matter of fact, if you gather up another $200, you can buy the 2015 MacBook. Yep, the ultra thin and light one. So, if you think about it, and you really don't have to, it's kinda hard to tell what configuration you should get. The choice might be clearer if Apple just included 64GB of storage as the baseline model, but we know how that goes (I'm looking at you, iPhone 6S with 4K camera). But all that aside, those are your options.

Apple will also be allowing customers to order the Apple Pencil and the Smart Keyboard, the two accessories that are designed to be used with the iPad Pro. The Apple Pencil, a pressure-sensitive stylus, will be available for $99 while the Smart Keyboard is priced at $169, again overly priced. If you buy the 128GB iPad Pro with LTE bands, the Smart Keyboard, and the Apple Pencil, you're gonna be sorry: all that added up (without tax or data plan charges) is $1347, more expensive than the baseline model MacBook with the word "Pro" at the end. At the end of the day, taking a look at these prices, it looks like the iPad Pro is more a magnet to draw in Microsoft Surface Pro users. Well, at least the Surface Pro is cheaper...

​What are your thoughts on the iPad Pro? Drop a comment down below and let us know!